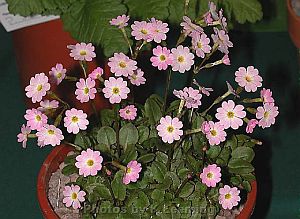 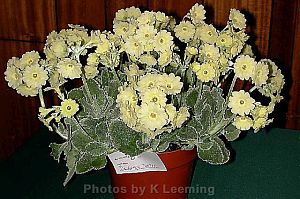 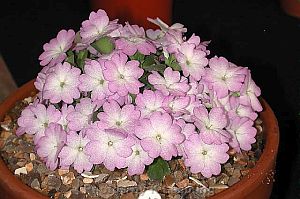 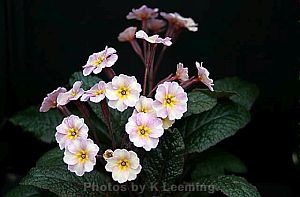 
Primula, a genus of the Primulacae family, has more than 400 different species, not counting the thousands of hybrids and cultivars. Found mainly throughout Europe, Asia and North America, a small number of species however extend into the tropics and to the tip of South America.


As a result of their diverse locations and growing habitats, it is not possible, here, to go into the growing or propagation methods for individual species. A number of good publications have been produced on Primulas for those wishing more detailed information. Or why not join us and learn direct from our expert growers, many of whom are willing to give advise and even plants to new members.


Many Primulas are hardy, however for showing purposes they are best grown under cover.


The Primulas We Show


At our Primula Show held in early April, each year, the Primulas are broadly grouped as follows:

Some of the most popular and easiest to grow, many are from the European Alps and have been cultivated and hybridised for up to 400 years.

Primula pubescens, the original 'Auricula', a natural hybrid between Primula hirsuta and Primula auricula in a range of colours from purple to white. Good garden plants and easy to grow in pots for showing. Shown here is P. pubescens "Rufus", a brick red variety, which has been cultivated for many years and remains as popular as ever. 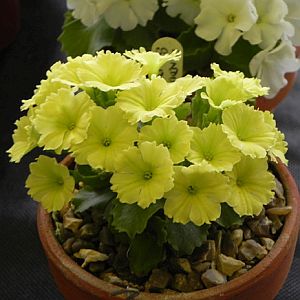 Primula allionii, best grown in the greenhouse or with protection from winter rains outdoors. Primula allionii, forms cushions of rose, mauve or white flowers over bright green foliage. There are a large number of species and hybrids available. Shown here is P. allionii "Lindum Sundance".

Primula marginata, originating in the Austrian/Italian Alps, this is a popular Show plant, with shades of mauve through to blue, an uncommon colour in Primulas. Its foliage is toothed with a dusting of farina, giving that frosted appearance. Shown is P. marginata "Linda Pope", possibly a hybrid raised around 100 years ago and having larger flowers than the average marginata.

The largest group of Primulas, mainly from Asia, together with a smaller number from the Americas.

Section Petiolares , originate from the Himalayan regions. The different species show colours from yellow to pink to ice blue, with farina covered leaves. Beautiful but not easy to grow, preferring moist cool conditions. Found with other species and natural crosses have been identified. Probably the most striking, as shown, is a purpose made cross between P. farinosa and P. gracilipes, named "Netta Dennis" often a show stopper. 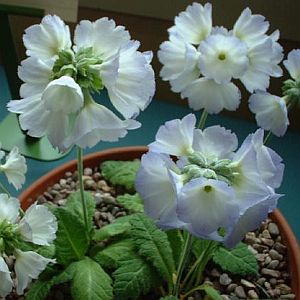 Primula reidii, beautiful bell shaped flowers, typical of the Section Nivalis. Again from the Himalayas, more difficult to grow, being short lived and often having to be maintained through seed. It has a delightful scent and enthusiasts consider it well worth the effort. 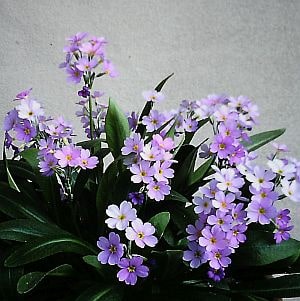 Primula ellisae, one of the relatively few Primula species from New Mexico USA, a member of the Parryi Section, they are found in moist crevices and cliffs. Not too difficult to grow and is regularly seen on the Show bench.

With long upright narrow leaves that enhance the stem bearing a loose head of bright violet to magenta flowers with a yellow eye.

Primulas from the Section Vernales are distributed through Europe and the Middle East. They grow well in lower lying meadows and fields, ideal also for the garden.

These species have been hybridised for over 400 years to produce the anomalous forms from Tudor times through to the modern polyanthus.

Gold Laced Polyanthus , hybrids which were first recorded in the mid 1600s. They are still popular as a florist plant, grown to set rules and standards. There are a number of strains generally of red or dark grounds. 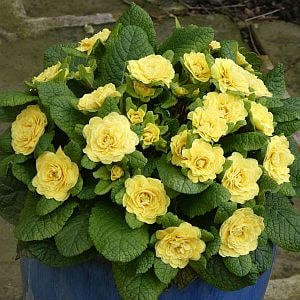 Double primrose, treasured since Elizabethan times, these plants arise occasionally from natural cross pollination. However as the doubling of petals occurs at the expense of the reproductive parts of the flower, they rarely produce seed without help by hand pollination. Shown here is a "jack in the green" variety, which refers to the green sepals having grown out to form a ruff supporting the double flower. 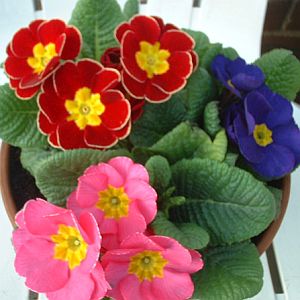 Polyanthus, thought to have originated from a hybrid between P. veris (cowslip) and P. vulgaris (primrose), the result being called a "false oxlip". Appreciated for its showier flowers, it was first named Polyanthus in a 1687 plant catalogue. Usually grown as an annual, there are a wide variety of colours, flowering in spring.